Guests, Performers, Supporters!  Thank you for your enthusiasm for The Dickens Project. To Abbey Zenith, Rocky Vallejo and Rolig Loon of the CVL for the space and prims to do our voodoo for the celebration of the works of Charles Dickens.  Thanks one and all for your many generous donations to The Community Virtual Library.

A Final Round of APPLAUSE for the folks who brought The Dickens Project to life ....

An Extra Special Thanks to Talus Ravenheart for her support, and to Stranger Nightfire who kept me company through several late night building/programming sessions as well as showed up brilliantly dressed at nearly all the sessions.  Thank you my Dears.

All My Thanks to Everyone ...*crosses fingers* .... See you Next Year!

Posted by Caledonia S at 8:37 PM No comments: 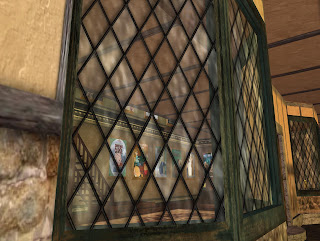 Well, it has been an amazing two weeks!  Our celebration of Dickens has been a delight, well received, and now more than just Cale looks forward to the possibility of the return of The Project next year, and the possibility that we will all get to "walk in the footsteps of Scrooge."

There are some additional gallery panels on the ground floor of the Book Shop in honor of "Alternate Versions" Day today.  Everything from the Klingon "A Christmas Carol" to Rankin-Bass' "The Stingiest Man Alive."

There are no scheduled events for Closing Day at the moment, but that could change in a twinkling, so stay tuned.  And don't forget to show your appreciation for The Project, if you wish, which is a benefit for The Community Virtual Library.  The donation bin is near the gate ... he's wearing a toupe!

What happens once the Project closes?

Email ThisBlogThis!Share to TwitterShare to FacebookShare to Pinterest
Labels: The Community Virtual Library, The Dickens Project

Charles Dickens wrote more than A Christmas Carol (*GASP!!!*). In a literary career that spanned more than three decades, he penned 20 novels, nearly 30 short stories, 12 collaborative projects, and a handful of non-Fiction, Poetry, Plays, Articles, and Essays.  If that seems incredible, play this fun video clip and have a chuckle ...

Before The Dickens Project *poofs* into the virtual mists, we would be remiss if we did  not take a moment to celebrate some of those other works.   We have some great selections prepared to share today.  So spend your holiday recovery day with us, have a toddy and enjoy.

All times slt.  All sessions live in voice.

HAPPY HOLIDAYS from The Dickens Project

So, you missed the readings of A CHRISTMAS CAROL?  Well, almost ... 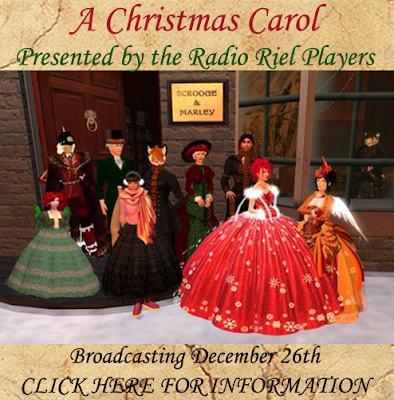 We will have a full schedule of  Other Dickens at The Dickens Project on Wednesday, December 26th ("Boxing Day" in the UK and Australia), and Radio Riel will also be broadcasting the Radio Riel Players production of A CHRISTMAS CAROL that day as well at times convenient to European and North American audiences.

Adapted from the Original Text by Saffia Widdershins and Presented by The Radio Riel Players.  Broadcasting Wednesday, December 26th at 11am and 7pm Pacific/SLT.  The entire program is approximately 90 minutes long. For details, visit radioriel.org

If you would like to tune a parcel media setting to the broadcast, use
http://main.radioriel.org

the following link will tune your personal player:
http://moto.slserver.com:8020/listen.pls 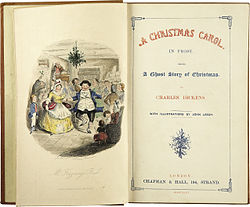 Everyone has their holiday traditions.  Mine used to be about baking cookies and how much of the contents of my decoration boxes I could get out and up in the house.  Several years ago I was asked by then King Marik Zarco of the Bloodlines SL Clan of Blood Evolution to read A Christmas Carol out loud in their Kingdom.  That became an annual tradition which, in many ways, fed the kernel of an idea that eventually lead to The Dickens Project.

Caledonia (me) will be reading the entire text, "soup to nuts" December 23rd and 24th at 3pm SLT live in voice.  The sessions will be 90 to 120 minutes in length and divide the novella into two parts.

Come and hear the words one more time (or for the first time if you haven't already) live in voice, and explore The Dickens Project - celebrating the words and works of Charles Dickens.
http://maps.secondlife.com/secondlife/Info%20Island/179/204/23

Benefits the Community Virtual Library.
Posted by Caledonia S at 10:00 PM No comments:

THIS WEEK at The Dickens Project!

As we make the clubhouse turn into the last days of our celebration, there are still many delights to enjoy!

Saturday, December 22nd - @ 8:30pm - Dickens Late Night with Caledonia - she'll read to whomever desires it ... "A Christmas Carol", bits of "Oliver Twist", some Christmas Short Stories ... Who knows?  Come and find out!

Email ThisBlogThis!Share to TwitterShare to FacebookShare to Pinterest
Labels: The Dickens Project 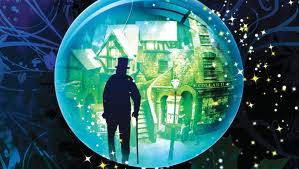 
... We'll actually begin a tiny bit back into Stave Four to savor fully the reclamation of a soul - Ebenezer Scrooge's!

Today: Stave Five of A CHRISTMAS CAROL
@ Noon with Elrik Merlin
@ 4pm with Caledonia Skytower (all of Stave Four & Five)

@ 8:30pm - DICKENS LATE NIGHT w/ Caledonia
By request, Caledonia will be at The Dickens Project at 8:30pm with her store of Dickens, and she'll read to whomever desires it ... "A Christmas Carol", "Bits of "Oliver Twist", some Christmas Short Stories ... Who knows?  Come and find out!
All times SLT, all sessions live in voice.

Posted by Caledonia S at 5:00 AM No comments:

Email ThisBlogThis!Share to TwitterShare to FacebookShare to Pinterest
Labels: A Christmas Carol, Caledonia Skytower, Elrik Merlin, Stave Five, The Dickens Project, The End of It

At Noon: Stave Four ~ The Last of the Spirits
" The Phantom slowly, gravely, silently approached.  When it came near him, Scrooge bent down upon his knee; for in the very air through which the this spirit moved it seemed to scatter gloom and mystery." 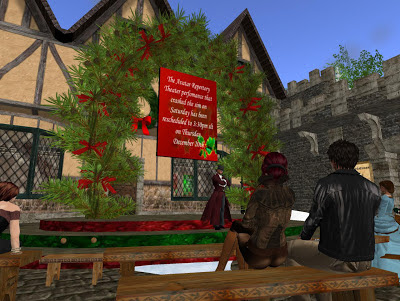 "Awaking in the middle of a prodigiously tough snore, and sitting up in bed to get his thoughts together, Scrooge had no occasion to be told that the bell was again upon the stroke of One." 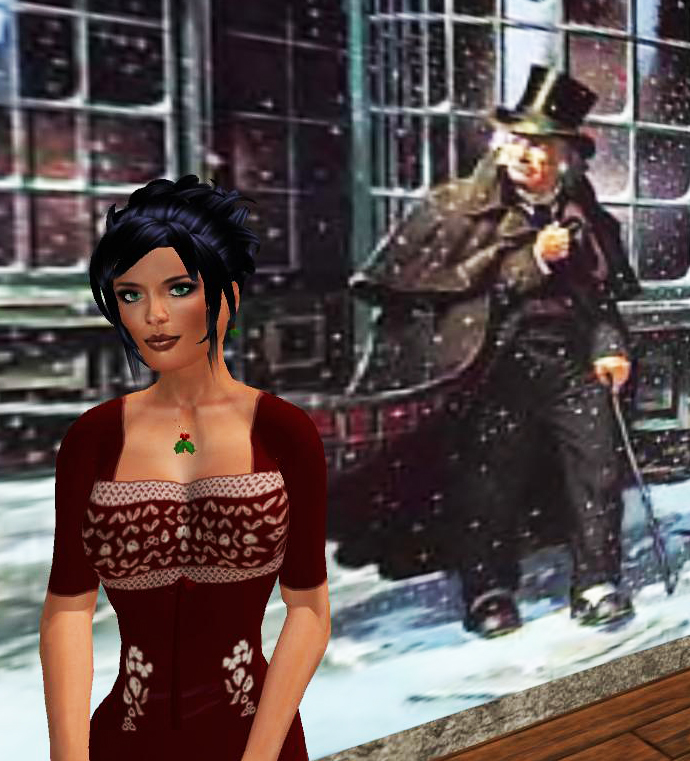 And it continues ...
"Marley's Ghost bothered him exceedingly.  Every time he resolved within himself, after mature inquiry that it was all a dream, his mind flew back again, like a strong spring released, to its first position, and presented the same problem to be worked all through. 'Was it a dream or not?'" 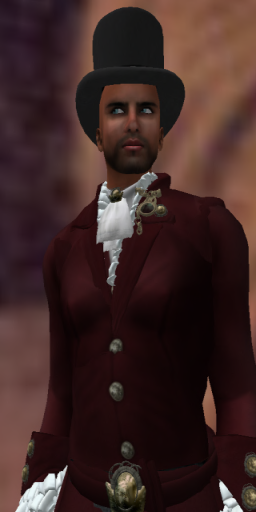 And so it begins ...
"Marley was dead, to begin with.  There can be no doubt whatever about that.  The register of his burial was signed by the clergyman, the clerk, the undertaker, and the chief mourner.  Scrooge signed it. And Scrooge's hand was good upon 'Change for anything he chose to put his hand to.  Old Marley was dead as a doornail."

THIS WEEK at The Dickens Project!

It's the week we go Stave by Stave and savor the rich language and many delights to be found in Dickens' first Christmas Classic, A Christmas Carol. Each of the individual Stave readings should be between 30 & 40 minutes in length.

When Dickens’ publishers required him to pay back advances due to the poor sales of Martin Chuzzlewit, he knew he needed some other means of income. At that point in his career, 1843, Dickens was doing well, but had not reached a level of financial security that would allow him to go for a stretch of time without income. So Dickens “decided to throw off" a complete Christmas book in the intervals of writing the monthly serial parts of Chuzzlewit. In an era when an author’s manuscript was published and available to the public in much shorter times than the 21st Century, A Christmas Carol went on sale in December and was a tremendous success.

Merrytricks Resident also took some great shots around the Project on Saturday, which she has posted in the Web tab of her Profile, and she openly invites folks to look, like, and comment.

Have you taken some great snaps at The Dickens Project?  Feel free to share!  Send them, or links to them, to Caledonia Skytower.
Posted by Caledonia S at 8:17 AM No comments:

UPDATE: This performance was so successful it crashed the sim.  Due to cast members having other commitments, we have rescheduled a "do-over" performance to 3:30pm slt on Thursday, December 20th. Thanks everyone for their patience and we apologize for the inconvenience.

A CHRISTMAS CAROL adapted by Ada Radius into a one hour performance featuring 9 voices, snippets of carols.  A delightful way to begin what will be our week of presentations exclusively from this title.

Another lovely blog post today from Laurin Sorbet!  It follows up the article in the SL Enquirer and Inara Pey's great sneak post on Thursday.

Keep spreading the word!  12 days to go! There's a lot Dickens left to share and enjoy.
Posted by Caledonia S at 10:41 AM No comments: 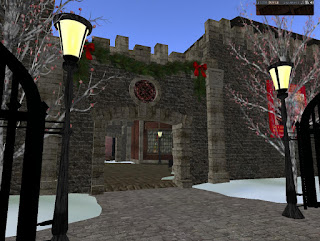 The Dickens Project is Open ... the gates are wide and we are ready for guests:
~ TODAY (Friday): The Inaugural Reading will be at 2pm - Caledonia Skytower will be reading one of Dickens' many Short Stories Live in Voice in the Square.
~ TOMORROW (Saturday): The Avatar Repertory Theater will present Ada Radius' adaptation of A Christmas Carol at 5pm.

All times SLT, All performances Live in Voice. Stop in and check it out, and then come back, as you never know what we might add or adjust!

THE DICKENS PROJECT HAS LANDED!

Defying all odds, the build is not securely down on terra level on Info Island, though it is not yet "Open."  Thursday will be about some final texture finessing, fixtures and dressing, and some final scripting.  Might be sneaking in to put a few final touches in over the weekend, but there'll be no "plywood" showing when the gates swing wide on Friday!

MAKING PLANS?  Scroll down two posts to see the Working Schedule.  It will be updated and re-posted for the weekend Thursday late, late, late!!!

When I was in college I had a design professor from London one year.  A little elven man who ran about most of the Fall chuckling, "It's almost Panto Time!"

I feel like that now ... "It's almost Dickens Time!"  Have been listening to Klannex Northmead's daily 1pm readings from Little Dorrit at Written Word (most days but Sunday's & UK Bank Holidays  http://maps.secondlife.com/secondlife/Cookie/15/244/22) through out December at 1pm SLT) while working on promo texts, uploading images, looking for props on Marketplace, and eating lunch.

The Dickens Project Build is almost ready to move down to the terra level ... and Friday's Opening is almost upon us ... more in progress shots below.  It's nearly time to put the roofs on and start moving!

LEFT: Ixmal Supermarine checks out the build in costume, all ready for next week's readings.
BELOW: The Notable Scrooge Gallery panels being hung above the Poulterer's Shop. 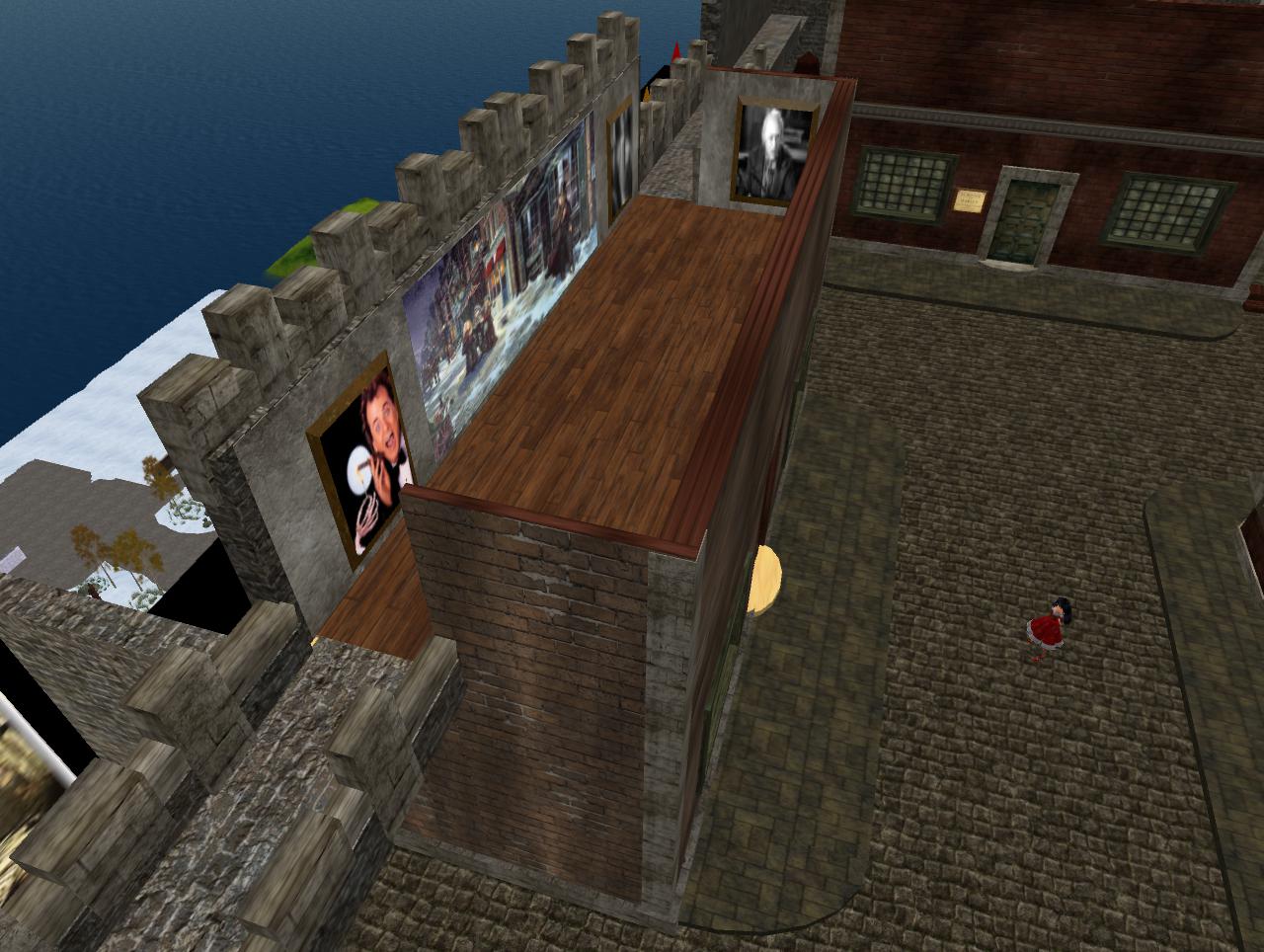 Posted by Caledonia S at 2:01 PM No comments: