Noon - Christina Rosetti's Goblin Market
~ with Dubhna Rhiadra, Caledonia Skytower, and Shandon Loring
Goblin Market (composed in April 1859 and published in 1862) is a poem with overtly sexual overtones which explores temptation, through the experiences of two sisters with elusive and supernatural Goblin men. 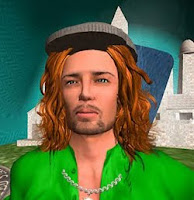 12:30pm - The Cat-Dogs
by Susan Price ~ with Shandon Loring
They're not exactly dogs. They're not really cats. They have teeth like a dog's and claws like a cat's. They're the perfect combination of two of our best-loved pets. There's only one problem: Cat-Dogs love to hunt. Humans. 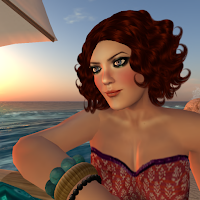 1:30pm - The Red-Haired Ghost
~ with Aoife Lorefield and Derry McMahon
The Red-Haired Ghost is from A Book of Ghosts by S. Baring-Gould. Isn't it interesting how red-heads can be troublemakers even from beyond the grave.  Subtitled "A Wife's Story" and presented in voice by two gifted storytellers. 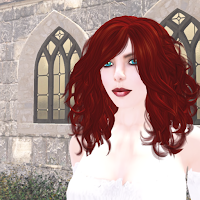 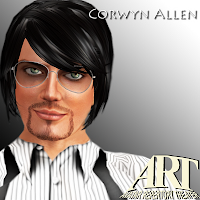 2:00pm - The Oval Portrait & Shadow
by E.A.Poe along with selected poems ~ with Corwyn Allen
The Oval Portrait is one of Poe's shortest short stories, concerning disturbing circumstances around a portrait hanging in a chateau. Shadow is a parable written by Poe which beings ominously by quoting the Psalm of David: Yea, though I walk through the valley of the Shadow of Death. 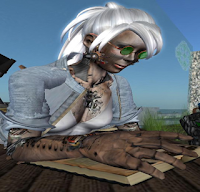 2:30pm - Spooooky 100 Word Stories
~  with Crap Mariner
Irascible, irrepressable, and always unexpected . . . Crap Mariner brings his unique views on the world around him into elegant brevity, with stunning results.  If he can make peanut butter seem twisted, imagine what he can do if he really TRIES to be spooky! 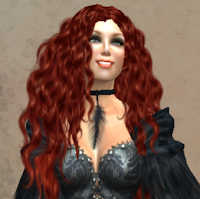 Email ThisBlogThis!Share to TwitterShare to FacebookShare to Pinterest
Labels: BOOFest 2011