BARD: The Players - a work in progress 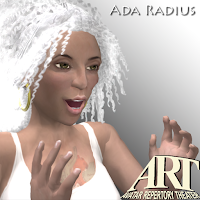 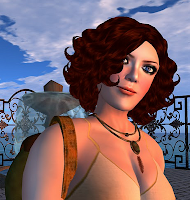 AOIFE LOREFIELD is part of the Seanchai Library Story Staff and loves the creativity and diversity of SL,  the wonderful friends she’s made, and enjoys meeting new ones!  See Picks for her work with intuitive languages like astrology, Tarot, dreams, and shamanic journeys. 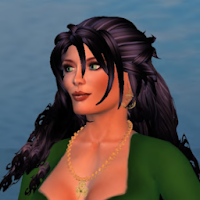 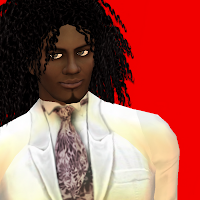 CALIBAN JIGSAW is a company member of Avatar Repertory Theater. "I am interested in far too much - and have the capacity to comprehend.   Scattered be my world." 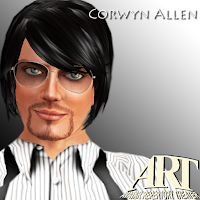 CORWYN ALLEN is a poet and actor. He is a member of the Avatar Repertory Theater troupe and the host of Poetry on the Halfshell, an open mic for poets, Thursdays at 4pm SLT. 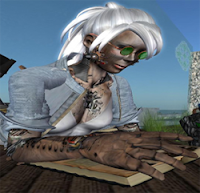 CRAP MARINER. I am an ordinary average robot in the virtual world Second Life. You may think that the windup key in my back means that I am a toy or a doll, but I am a robot, not some plaything.  I am the Idiot In Chief of The Five Islands group of regions: Edloe, Harbour, Nowhereville, Piper Point, Watermoon Breeze, Corbenic, and Marylis.  Yes, that's seven islands. (We're not very good at math). My Clocktree Park is in the middle of Edloe island, and I read stories there every Wednesday at 5PM SLT.  http://firstlife.isfullofcrap.com/ 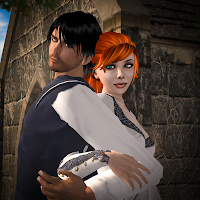 DERRY MCMAHON & BEAR SILVERSHADE bring good literature to life at the Seanchai Library.  They present a wide range of stories from the classics to chick lit; including science fiction, fantasy and food stories.  http://slurl.com/secondlife/Imagination%20Island/46/210/28 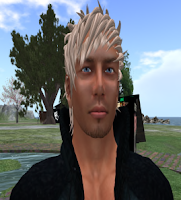 DOLGORUKY "DOLGO" UMAROV is a Journeyman actor for Avatar Repertory Theater, and other SL on line acting. "Bottom" in A Midsummer Night's Dream and "Caliban" in The Tempest. Also rumored to have done "Lear" twice in RL.Troupe dramaturge for A.R.T. 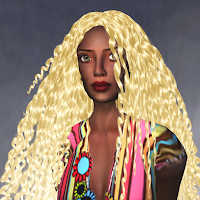 LAILU LOON wrote and directed I Gave At The Office and Oxymoronic Fusion on SL, and produced The Virtual Short Play Buffet with Avatar Repertory Theater. She has been a working playwright and director in RL as Z. Sharon Glantz, and looks forward to creating mixed reality theater. She is currently writing a graphic non-fiction book/tutorial (using real and virtual world graphics) on how to critique new work undergoing the development process. 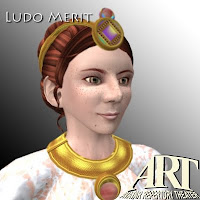 LUDO MERIT. Amateur actor, playwright, folksinger, roleplayer, comedian.  I've performed in SL in a play one I wrote, three for the SL Shakespeare Company before its name change, others. My most recent triumph was a comedy gig at the disability affirmation conference, by my alt GrannyZo Pinion. 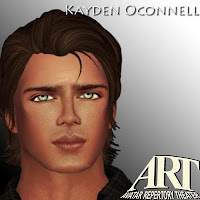 KAYDEN OCONNELL. Actor, Playwright, and Director for the Avatar Repertory Theater -- a company of artists from around the world dedicated to presenting live drama in the virtual worlds. Experienced voiceover artist and machinima actor.  A romantic, with a poet's heart. 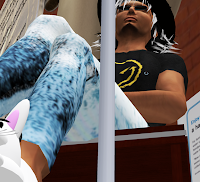 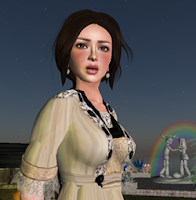 MARIAN DRAGOVAR is among the “Friends of the Library” on the Seanchai Library Story Staff.  Marian's exhuberance for a great story and her sense of fun lends its contagious energy to all her sessions.  She is also well noted for having the cutest “Oh Poo!” ever spoken on the grid during her performance as Lucy Westenra in the Seanchai Library’s 2010 presentation of Bram Stoker's Dracula. 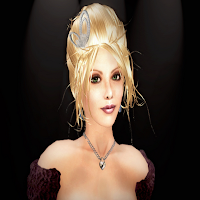 PIPSQUEAK ALBATROS
In RL I have performed on stage in dramatic and comedy roles in productions of Beyond Reasonable Doubt, Harvey, Guess who’s Coming to Dinner, Coming Up for Air and countless other plays and pantomimes. I also produced and co-directed a dinner theatre alfresco performance of the Taming of the Shrew.
I enjoy both dramatic and comedy acting roles. I have performed with the Metaverse Shakespeare Company, at Rockville University, in machinima, and am one of the newest members of the Avatar Repertory Theater.  http://www.avatarrepertorytheater.org/node/396 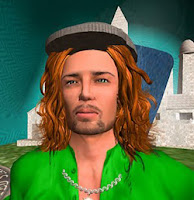 SHANDON LORING is the Chief Storyteller at the Seanchai Library.  Shandon Loring has travelled through many times and places and worlds, both virtual and real, and has recently come to the Second Life metaverse. He has collected many stories and tales and books, and would like to share his love of a good story with you, and to be your Seanchai for a time.

Email ThisBlogThis!Share to TwitterShare to FacebookShare to Pinterest
Labels: Bard on the Virtual Beach 2011